Goats are known for all kinds of antics, including yelling, fainting, and of course, climbing into everything from delivery trucks to trees.

In Southeastern Minnesota, on a Winona County property permanently protected by a Minnesota Land conservation easement, these functionally majestic animals are being leveraged for another one of their innate talents-their ability to destroy everything of a certain size in their path!

In this case, they’re helping property owners address invasive common buckthorn in the oak forest and woodland, which are key habitat for a variety of Species in Greatest Conservation Need (SGCN) in Minnesota, such as the western rat snake, five-lined skink, and Eastern pipistrelle.

Protecting the wooded areas from becoming an invasive species monoculture is also critical for maintaining the native biodiversity that helps preserve the cool, clean river water for the region’s iconic cold-water trout streams.

According to the University of Minnesota, buckthorn is “one of Minnesota’s most damaging invasive plants.” It spreads throughout wooded forests, outcompeting native vegetation and degrading wildlife habitat.

Goats are an extremely effective non-herbicidal option for clearing established vegetation quickly, and for this property, they are a key component of their habitat restoration plan. 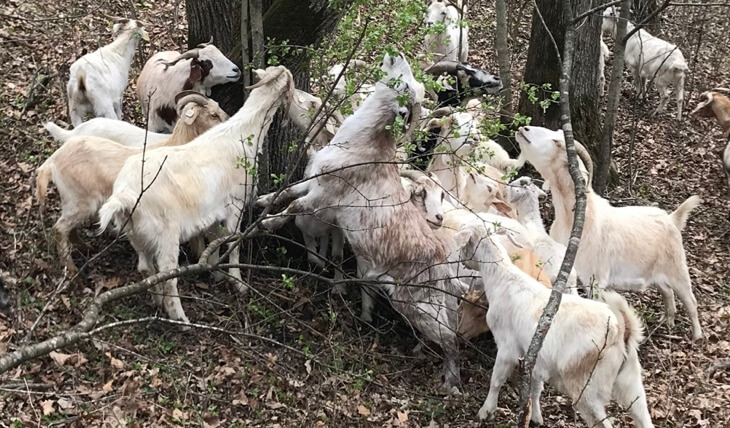 The goats’ sure-footedness means that they are often able to access areas that would be difficult for people, and they can reduce the need to use heavy equipment which could further disturb soil and plants.

Being the inquisitive and hungry creatures that they are, goats can even reach leaves up to 10-12 feet high by standing on the stems to bend them down.

For this restoration project, the goats will be deployed a couple of times over a 12-month period and will be followed by controlled burning and hand cutting of larger Buckthorn stands. Managing Buckthorn and other invasive plant species is an ongoing process that often requires continuous maintenance.

Even the most thorough and aggressive approach tends to leave seeds behind that allows plants to re-establish, so it’s necessary to devise a proactive and sustainable method to mitigate invasives.

Is it worth it? Absolutely!

Habitat restoration is important to sustain key regions and habitats like native prairies, waterfowl migration pathways and oak forests that are increasingly threatened by encroaching development, pollution, and climate change. 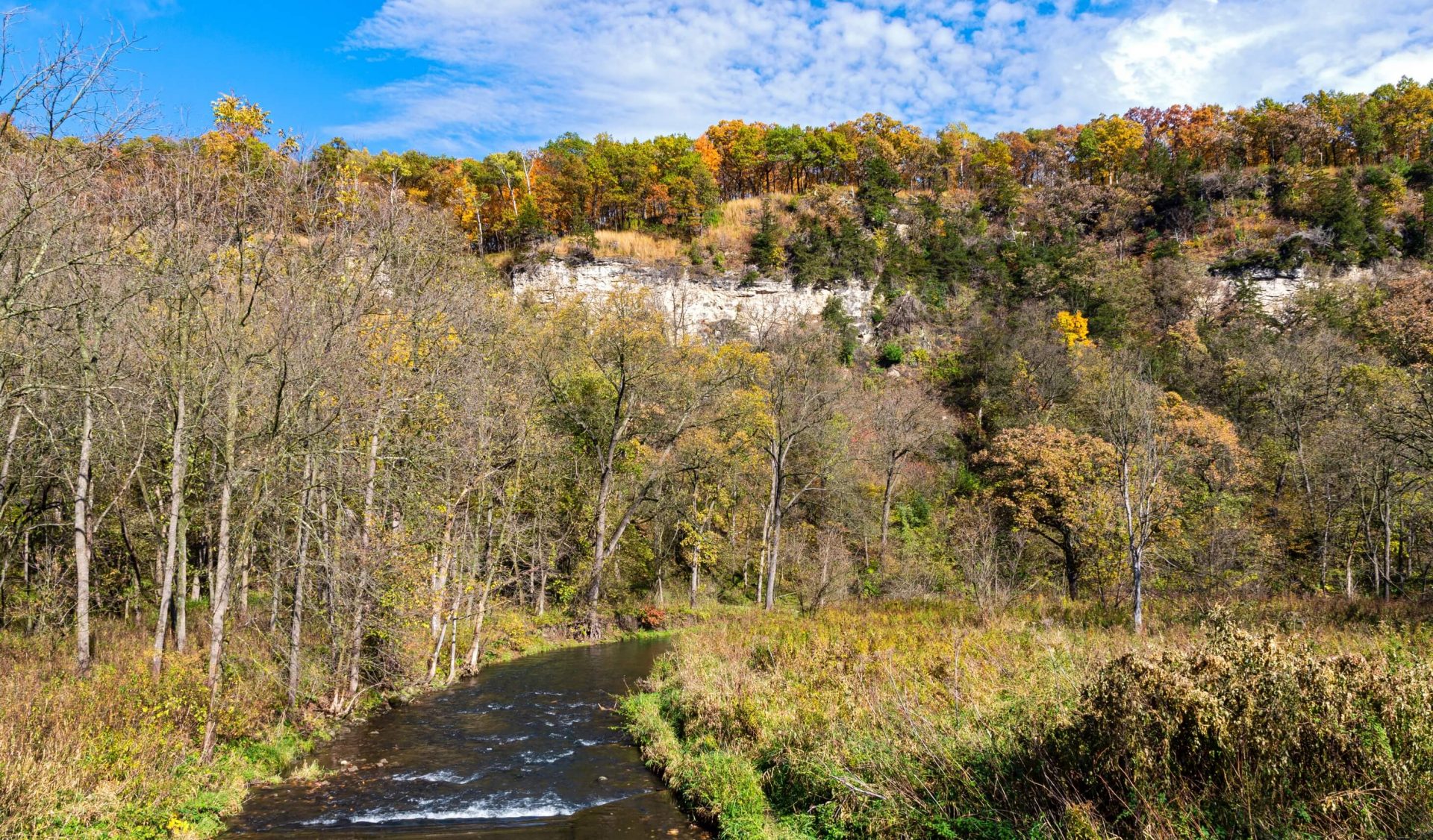 The impact of restoration work in Minnesota’s Blufflands is amplified because the region is considered part of a network of Resilient Lands due to the unique karst topography that forms an overall cooler habitat and microclimates.

According to the Nature Conservancy, resilient lands contain unique topographies, geologies or other characteristics that help plant and animal species withstand climate change by providing natural “highways” to facilitate movement, and numerous microclimate “neighborhoods” which increases their chances of finding suitable habitat.

With the spring-fed cold-water streams and waterfalls, underground caves and Algific talus slopes, this area is of critical importance for climate change resiliency. 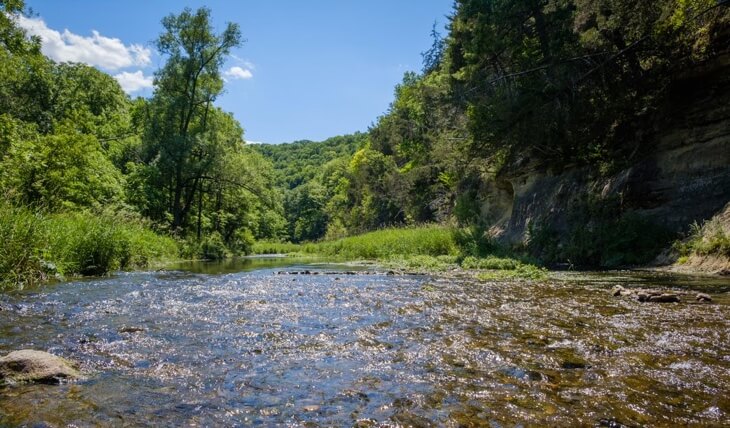 Studies show that plants and animals are moving on average 11 miles north and 36 feet higher in elevation each decade in a response to Climate Change, which is causing warmer temperatures, increased flooding, and otherwise altering and threatening their existing habitat. 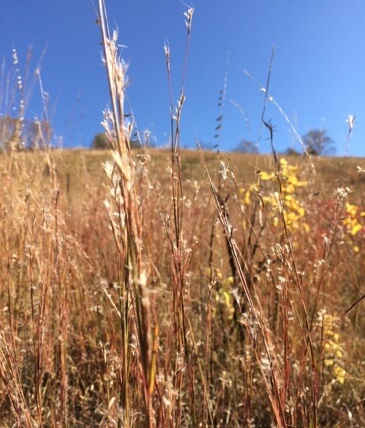 The property where the forest restoration is taking place also includes five distinct “goat prairies” (completely unrelated to the Buckthorn busting goats). These are more technically referred to as “bluff,” “hill” or “dry” prairies and are found on the south-to-southwest facing slopes of the iconic bluffs.

Native prairie regions are critical because only 1-2% of these native, untouched prairies remain, and they are one of the most endangered habitats in the state. In addition to being a home to wildlife and supporting pollinators, prairies ground massive amounts of atmospheric carbon in the soil.

The property also includes an undeveloped shoreline along an intermittent stream that drains to Money Creek, which helps maintain ecological integrity and provides near-shore aquatic habitat for a variety of plants and animals.

The undisturbed habitat of forested uplands, grasslands and wetlands help maintain the ecological integrity of the Money Creek watershed, allowing the natural landscape to reuptake and retain more of the water, improving water filtration and mitigating erosion.

A man-made pond also serves as a sediment catch basin and stormwater retention area before draining towards Money Creek, which is a state-designated trout stream. Having natural and man-made water-cleaning capabilities is critical as runoff from surrounding agriculture has imperiled the cold-water streams, a major outdoor recreation draw and one of many options for Minnesotans and visitors to the region to build connections to nature. 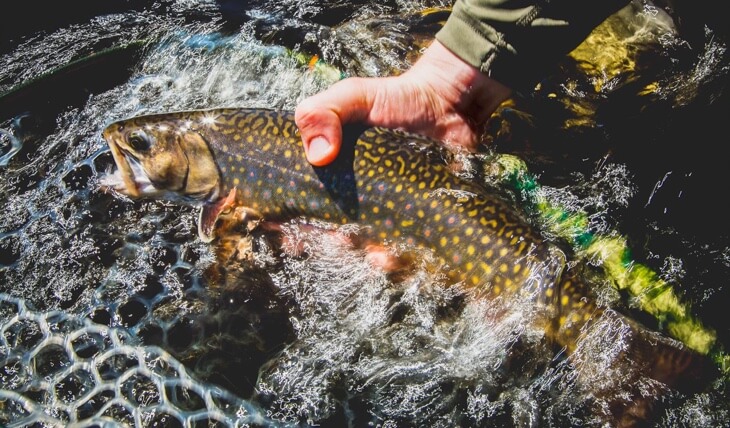 Prior to European Settlement of the Blufflands

This region of the state is the ancestral homeland and territory of the Wahpeton and Wahpekute Sioux tribes. The land now known as Mni Sota (Minnesota) is the birthplace of the Dakota People, a division of the Great Sioux Nation.

Prior to European settlement of the area, the landscape was comprised of tallgrass prairie and bur oak savanna situated on ridge tops; red and white oak, shagbark hickory and basswood forests on moister slopes; and red oak, basswood and black walnut forests in the protected valleys. 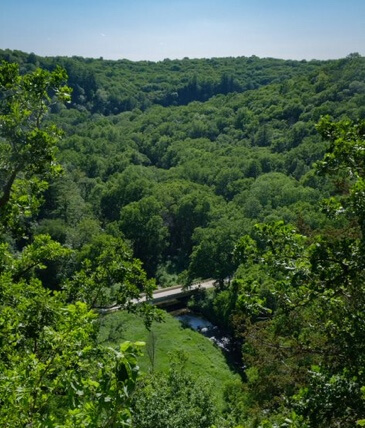 Visit one of the Blufflands state parks to take in panoramic scenic beauty and become immersed in the natural landscape:

Other recreational opportunities include trout fishing in the iconic cold-water streams or visiting Winona’s Ice Climbing Park during the winter months.

There are several impactful ways to help continue to protect and restore the unique and wild places in Southeastern Minnesota that are especially critical in the face of climate change. Consider giving a financial gift or becoming a volunteer with the Minnesota Land Trust.

If you reside in the Southeast Blufflands region, including the counties of Houston, Fillmore, Winona, Olmstead, Wabasha and Goodhue and have an interest in protecting your property through a conservation easement, you can learn more about the process and benefits to you as a property owner.