The St. Louis River Estuary is a unique, 12,000-acre wetland complex between Duluth, MN and Superior, WI, where water from the St. Louis River mixes with the water from Lake Superior. This mixing produces an incredible amount of biological productivity, and numerous species of fish, birds, and other wildlife depend on the Estuary for their survival.

The Estuary also includes the Duluth Superior Harbor, mid-America’s gateway to global trade and the nation’s busiest freshwater harbor. More than a quarter million residents and 3.5 million tourists live, work and visit the area every year.

Jump to the projects: 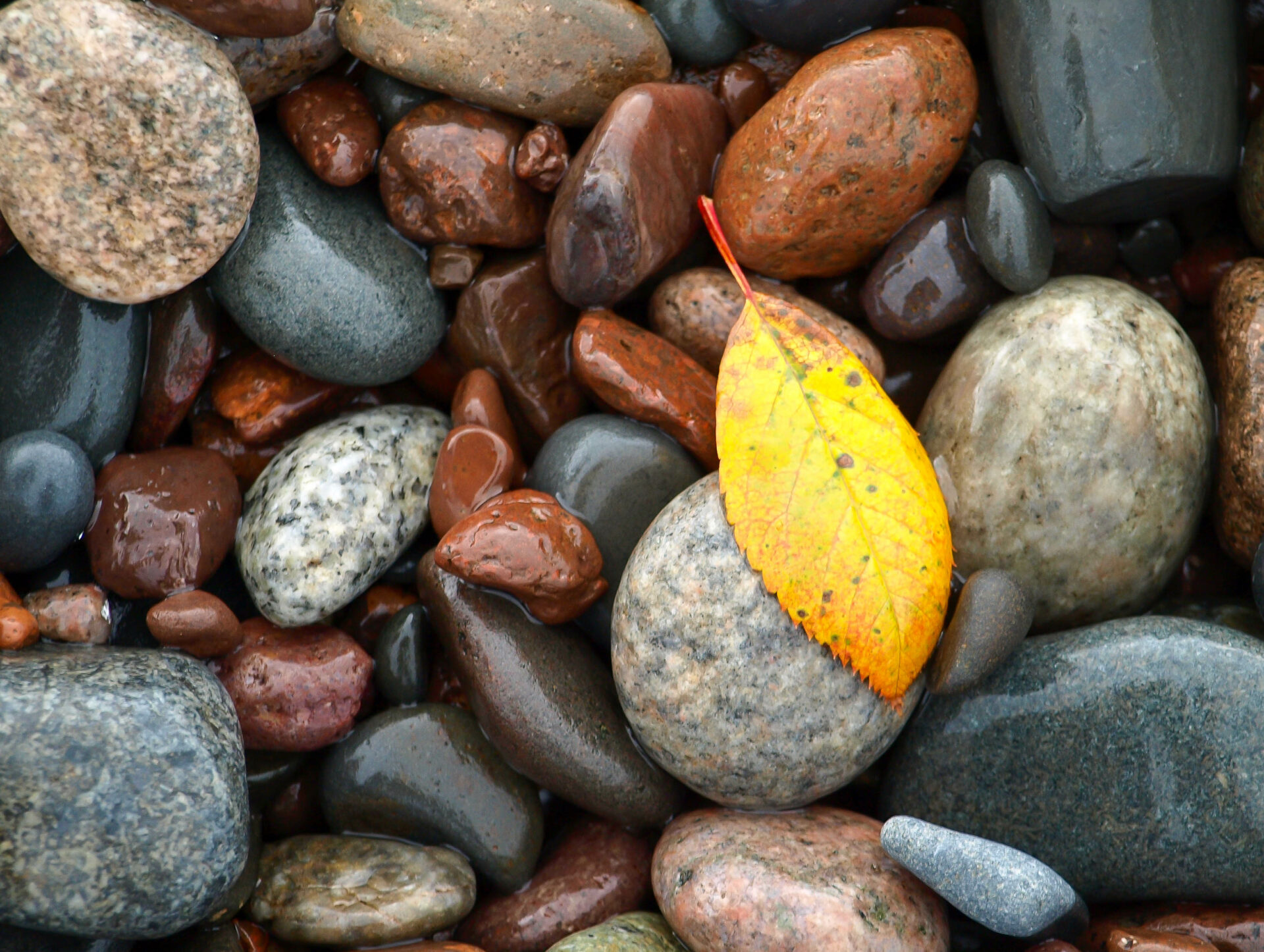 Will you help us restore more of the St. Louis River Estuary?

Partner with the Minnesota Land Trust by making a donation today.

The St. Louis River Estuary region is the contemporary and ancestral home of the Ojibwe people, who began migrating to the region from the east coast around 900 CE, following a prophecy to travel west until they arrived at the place where “food grew on water.”

At one time, the St. Louis River Estuary may have sustained over 3,000 acres of manoomin (wild rice) within its shallow bays. By 2015, the presence of wild rice was detected in less than .2 acres in the Estuary according to hyperspectral mapping conducted by NOAA, a sharp decline from even the 1960s, when nearly 1,000 acres was observed.

The St. Louis River also provided a vital transportation route for traders and trappers, helping connect the Great Lakes to the Mississippi river to the west and Lake Vermillion and the Rainy River to the north, expanding trade among Native Americans in the region as well as Europeans beginning in the mid-1600s.

The 1860s saw the acceleration of the timber industry in northern Minnesota, and with it development along the St. Louis River. Sawmills left a legacy of waste deposited directly into the river, forming thick layers of sawdust and wood debris.

During the 1900s, more industrial sites were built along the river, producing paint, steel, concrete and even World War II battleships. Many of these industries participated in unregulated chemical dumping, untreated sewage releases and other physical disturbances that finally overwhelmed the natural ecosystem and environmentally-sensitive manoomin beds throughout the Estuary.

Bringing Back a River

The St. Louis River Estuary has seen a remarkable turnaround thanks in part to the Minnesota Department of Natural Resource’s (DNR) St. Louis River Restoration Initiative, which the Land Trust has been a part of since 2010. One of the key components of the initiative has been to restore the natural systems of the St. Louis River where it enters Lake Superior, while at the same time creating opportunities for people to engage with the river in a sustainable and healthy way.

Click or tap the purple points on the interactive map below to learn more about the Minnesota Land Trust restoration project at that location.

From the late 1800’s through the early 1900s, Radio Tower Bay was the site of an historic saw milling operation constructed on pilings over the water. Much of the sawdust and slab-wood from the milling operation ended up on the bottom of the bay, greatly reducing the quality of underwater habitat for fish and making the bay nearly useless for recreational value.

The Minnesota Land Trust, in partnership with the Minnesota DNR, oversaw the clean-up and restoration process for Radio Tower Bay. This involved removing over 200 40-foot wooden pilings from the 1700s and 1800s that used to support a railroad trestle across the bay. Next, over 4 feet of sawmill debris was dredged from the bottom of the bay, most of it still intact wood.

A total of 115,000 cubic yards of wood waste was removed. The wood waste was repurposed to help mitigate pollution as a cap on contaminated soil further downstream on the St. Louis River. Finally, aquatic vegetation is expected to re-establish itself throughout to restore food sources for life in the bay. The restoration work restored off-channel fish and coastal wetland habitat, wild rice beds, and recreation opportunities.

In partnership with the Fond du Lac Band of Lake Superior Chippewa, 1854 Treaty Authority, Minnesota DNR and Wisconsin DNR, a multi-year manoomin reseeding and management effort is ongoing until 2025 at seven sites in the Estuary and covering over 200 acres.

This work involves site preparation to reduce competition from nearby vegetation, seeding and further management to protect the vulnerable beds from grazing by geese and waves from motorized watercraft. It’s the largest ongoing reseeding project in the United States.

Extensive improvements to Chambers Grove, Duluth’s western-most park, were completed as part of the larger project to restore the 12,000-acre St. Louis River Estuary between Duluth, Minnesota and Superior, Wisconsin.

The Minnesota Land Trust, Minnesota DNR and City of Duluth recognized the opportunity to replace the hardened shoreline—the result of a 1,000-foot steel retaining wall that had been installed years ago—with natural shoreline.

The unintended consequence of the steel-beam retaining wall had been shoreline erosion, preventing boat access to the river and destroying important fish spawning habitat.

The natural shoreline features included three in-water weir structures to redirect the water flow from the river bank to the channel center to support walleye and sturgeon spawning. Fortunately, small gains in spawning habitat have large results for fish populations throughout the river and Lake Superior due to increases in larvae and fry survival.

The project also improved recreational access to the river, making the investment pay off in multiple ways for the public. With the installation of an ADA-compliant kayak launch and six ADA-compliant fishing platforms along the shoreline, Chambers Grove is now accessible to even more people.

Jutting out into the St. Louis River in Duluth’s west end is Grassy Point. Historically, two sawmills operated here, disposing of an equivalent of more than 30,000 dump truck loads of sawdust and scrap lumber into the shallow waters. Now, more than 120 years later the habitat is still considered impaired, and without intervention will continue to be an underwater desert.

As a project partner, the Minnesota Land Trust worked with biologists to design and revegetate the area using native aquatic, wetland, and floodplain plants to provide quality marsh bird and songbird habitat, forest species on an 11-acre island and constructing 20 acres of hemi-marsh habitat.

The completion of this project resulted in a shallow, sheltered bay and deep overwintering fish habitat, a softened and naturalized shoreline, improved habitat for forest and marsh bird species, connection of isolated wetlands and improved water flow, and increased access for kayaks, canoes, and small boats, creating a bright new opportunity for people to fish and bird watch right in the heart of Duluth.

In October 2020, the St. Louis River Estuary was officially designated as a National Water Trail by the U.S. Secretary of the Interior, something that wouldn’t have been possible without the extensive restoration work done in the Estuary. The Minnesota Land Trust worked together with the City of Duluth to develop the vision around the St. Louis River National Water Trail and connect stakeholders to create the Water Trail plan and complete and submit the application for the official designation.

The increasingly submerged island resulted in a loss of habitat for common terns and their island co-habitants, about 20,000 ring-billed gulls.

The goal of the restoration work coordinated by the Minnesota Land Trust and Minnesota DNR at Perch Lake, a former bay of the St. Louis River, is to restore the lake to a thriving habitat for walleye, sturgeon, muskellunge, ducks and other shoreline species.

The $7 million restoration effort, part of the Minnesota DNR’s St. Louis River Restoration Initiative and a St. Louis River Area of Concern (AOC) project, will help address the low oxygen levels and shallow water from accumulated sediment, a result of the lake being largely cut off from the St. Louis River except for one existing 4-foot culvert underneath Hwy 23 which connects the waters.

Approximately 77,000 cubic yards of sediment will be excavated from the lake floor to create 8–10 foot deep water to improve oxygen levels and support fish year-round. The sediment dredge will also help create coastal marsh and hemi-marsh habitats, and fish spawning areas. A 16-foot culvert will then be added underneath Hwy 23 and Marten Trail to increase water flow and fish passage between the lake and the St. Louis River.

Will you help us restore more of the St. Louis River Estuary?

Partner with the Minnesota Land Trust by making a donation today.