The Importance of Bogs

In the rugged landscape of northeastern Minnesota, a diverse range of habitats converge in one of the most popular recreational destinations in the state. Rocky shoreline, highlands, streams, and spruce bogs provide habitat for a multitude of species. Dick Haney, a native of Duluth and landowner in the area, has been a long-time observer and steward of this special landscape. Dick recently worked with the Minnesota Land Trust to protect his land in perpetuity through a conservation easement.

“For me, it was very fortunate to be able to give that back to the natural world so it will always be protected and so it can’t be developed,” Dick said. 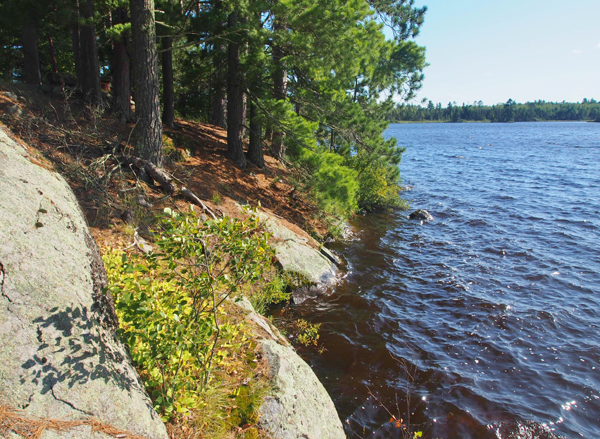 The property encompasses 38 acres, including 4,115 feet of shoreline of Thompson Lake, and much of it has been identified by the Minnesota Biological Survey as being of Outstanding Biodiversity Significance, the highest such designation recognized. The lake itself is a DNR-designated shallow lake, considered a “critical habitat component for Minnesota’s wildlife.” It’s home to panfish, northern, crappies and bullheads, and the streams that feed it are home to brook and rainbow trout.

Among the blooming species on the property are lady’s slipper, marsh marigold and swaths of Labrador tea. Mosses dominate the ground layer of the spruce bog, giving species sensitive to high water, like the black spruce, places to grow. Bogs are extremely valuable — they prevent flooding, capture carbon, filter impurities, and help keep our water cool and clean. 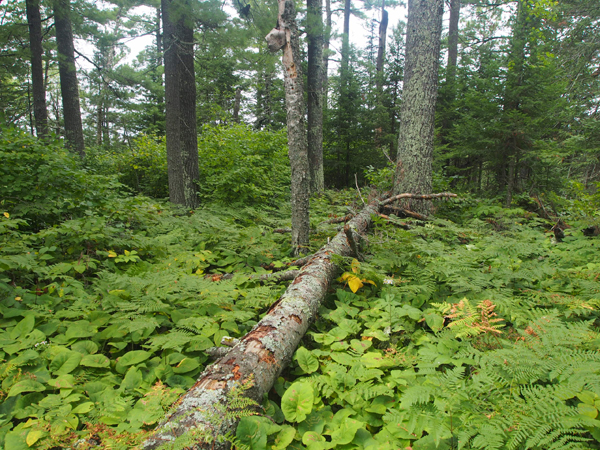 Surrounded by the spruce bog is a high knob — an island of trees — that includes some very old white pines and nesting bald eagles. Bill Penning, Conversation Programs Consultant for the Minnesota Land Trust, said those old trees are an important component of the property, especially since the area is surrounded by public land used for timber production of mostly young aspen and red pine. “This helps to provide some ecological diversity within the context of the larger block,” he said.

Bill said that the protection of this property, including about 20% of the shoreline of Thompson Lake, will keep land intact that is ranked very highly by the Minnesota Biological Survey. “This whole area is under a fair amount of development pressure, so it’s unusual that we get to protect such a large piece of high-quality lakeshore in one shot,” he said.

Dick and his wife Patricia were married on this beautiful property in 1993 and called it home. It brought him joy to watch his wife become part of the natural world. “I call her a city girl who became a country woman,” he said, noting how special it was to watch her grow to love the seasons.

Patricia passed away in 2015, but Dick still shares the forest and shoreline with his children and grandchildren, as well as students from the University of Minnesota Duluth Recreational Sports Outdoor Program. Dick created the program in the 1980s, and each December students and staff come to the property for a celebration.

It’s quiet enough to hear the wind in the trees and listen to birds sing. Dick said wildlife is plentiful. The lake provides a summer home to a pair of trumpeter swans as well as a pair of loons. Porcupines, raccoons, skunks, foxes, whitetail deer and badgers are all present, and occasionally moose and wolves pass through. Songbirds also return each year, though Dick said he has noticed a decline in the last few springs — fewer voices amid the trees.

Dick is grateful to have come along at the right time to make this property home, and fortunate to have been able to protect it through the Land Trust. “If you love and respect the natural world, it’s a wonderful place to be,” he said.

This permanent conservation easement was made possible by the supporters of the Minnesota Land Trust, with funding from the Outdoor Heritage Fund, as appropriated by the Minnesota State Legislature and recommended by the Lessard-Sams Outdoor Heritage Council (LSOHC). Thank you to Dick Haney for protecting this unique property forever! 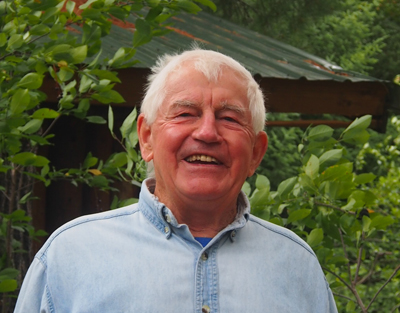