If you’ve ever poured yourself a refreshing glass of tap water in Saint Paul, chances are you’re drinking water that has passed through a Minnesota Land Trust protected property. While the Land Trust protects thousands of acres in the headwaters of the Mississippi River and adjoining waterways, a conservation easement at North Oaks placed 20 years ago protected a vital and local connection to Saint Paul water. 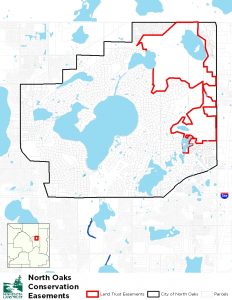 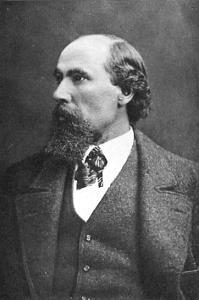 North Oaks has a rich history — originally a mosaic of diverse habitats including big woods, hardwood forests and wet prairie — the land was first farmed in the late 1800s. North Oaks Farm was established by James J. Hill — of railroad fame — who engaged in experimental agricultural practices around soil conservation, animal husbandry, and the development of new feeds and fertilizers.

At the same time, just south of North Oaks the City of Saint Paul grew, as did its need for water. Originally water for the city was pumped from Lake Phalen, and then later Centerville Lake, and brought down through what is now North Oaks, filtered through Deep Lake before ending up in Pleasant Lake. As the population continued to climb though, this source was not enough. 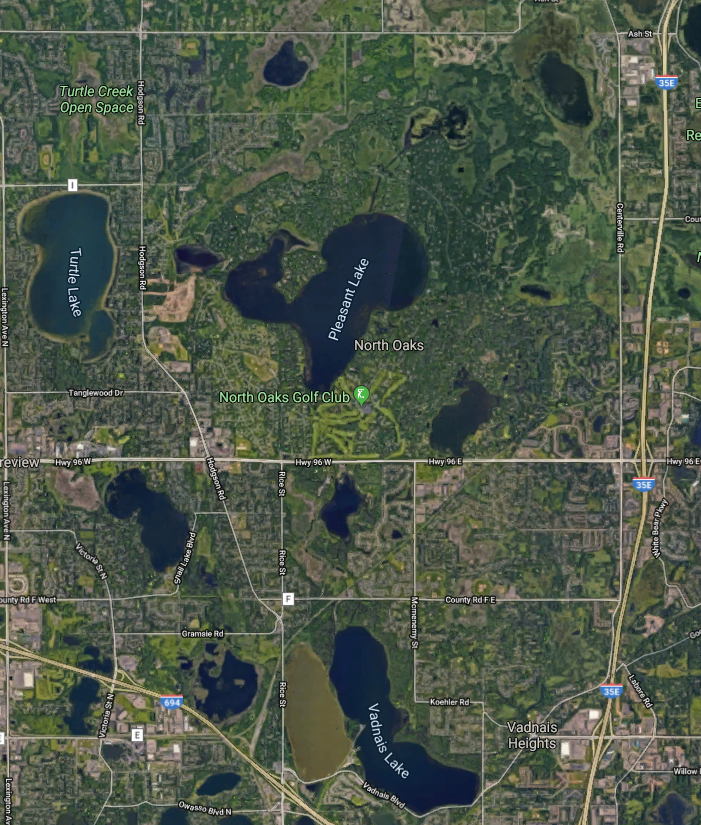 Beginning in 1924, the City of Saint Paul switched to the same primary water source as Minneapolis — the Mississippi River. Much of the drinking water for the city today is captured from the Mississippi River in Fridley, and is deposited in the same chain of lakes, first starting at Charley Lake in North Oaks. This water passes through Pleasant Lake at the heart of North Oaks before continuing through the chain. It is ultimately taken in at a treatment facility south of Vadnais Lake.

As residential development expanded, protecting the North Oaks area – one of the last natural places in the metro with such significance to water quality for the city – became an important conservation goal. In December of 1999, the descendants of James J. Hill, Doug and Mari Hill Harpur, did just that. Through an agreement with the City of North Oaks around future development, the North Oaks Company protected almost 900 acres of natural land in North Oaks with the Minnesota Land Trust.

2019 marks the 20th anniversary of the conservation easement with the Land Trust at North Oaks, and it still holds the title of the largest conservation easement held by the Minnesota Land Trust within the Twin Cities metro. This unique swath of environmentally pristine habitat is unparalleled in a suburban area that has seen rapid development consuming natural and agricultural lands nearby at a rate of nearly 60 acres per day. 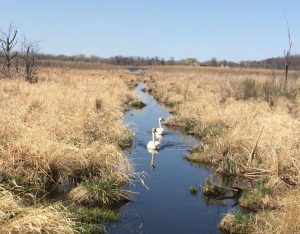 This foresight to protect a thriving ecosystem helps provide both a reliable source of water to residents of St. Paul and the unique “nature centric” residential community known as North Oaks. As a modern housing development, the North Oaks community wanted to avoid the cookie cutter look and feel of other projects happening at the time. Building a connection to the protected natural landscapes through each house was a goal of the Harpurs, and they recruited the services of Randall Arendt, who designed conservation developments to protect natural land while building to allowable density in an area. Even the roads were designed to curve around trees and waterways, mimicking the patterns of the land to avoid impacting the natural features that made the place so special.

Over the years the North Oaks Company has worked to maintain and improve the natural area, including restoring the wetlands. At one point they even temporarily drew down Wilkinson Lake to put up a carp barrier and clean the impacted waters. Now the lake is better able to maintain its ecosystem and provide habitat for osprey, cranes and waterfowl which are returning to the area.

As the easement enters its 20th year, Mari Harpur says she feels very proud of what they’ve accomplished with the development. And she has reason to be proud. By creating an intentional community centered on the outdoors, while at the same time permanently protecting 900 acres of important natural lands, North Oaks will continue to be an asset for not just those who live there, but the whole Twin Cities metro.